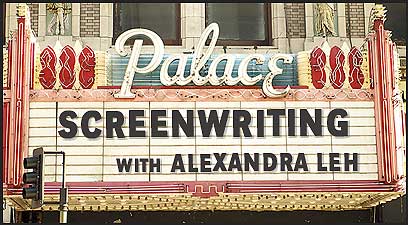 In the insanely competitive world of writing for film and television, every professional screenwriter knows that he or she cannot write in a vacuum. After the solitary process of writing, screenwriters must depend on expert input from trusted colleagues who know the process of filmmaking, from the pitch to the screen. And in order to sell a script, a professional screenwriter must be associated with those who know the marketplace and the players.

My years in development at a television network — and as an independent producer and writer — have equipped me with the knowledge and experience invaluable to a new writer in the industry.

My relationships with literary agents, network and cable executives, as well as film studios and production companies, allow me to pitch worthy screenplays when they come across my desk.

I will be your personal script development executive, evaluating your work on all levels, offering advice on how to strengthen story, pace, central theme and focus, narrative point of view, nuance and subtext, and characterization. I will expertly guide you through the process of realizing your dreams as a screenwriter, helping you find and create the tools to improve – and sell – your project. — Alexandra Leh

PLEASE NOTE THAT RESERVATIONS ARE NOW BEING TAKEN FOR SCREENWRITING CRITIQUES. If you would like to reserve a start date for the next available screenwriting critique or consultation, write info (at) fearlessbooks.com and we will get back to you with the current schedule and reservation information for Alexandra Leh.

ALEXANDRA LEH  has storytelling in her DNA. The New York City-born daughter of a jazz musician father and a poet mother, she has worked as a singer, songwriter, actor, artist, dancer, television development executive, film producer, poet, photographer, and writer. Alexandra's ten years of experience at CBS included identifying quality, promotable material for potential development from a variety of sources, including books, articles, treatments, pitches, and spec scripts. She collaborated on all aspects of projects from inception through script rewrites, pre-production, production and dailies, post-production, and promotional campaigns. Alexandra successfully created a pitch converting an existing two-hour movie into four hours, resulting in the highly-rated and critically acclaimed miniseries Living With the Dead, starring Ted Danson and Mary Steenburgen, which she also co-developed. As an independent television and film producer, she developed a 2-hour drama for HBO and a half-hour political comedy for Showtime, both in association with Goldie Hawn's production company, Cosmic Entertainment. Alexandra has read and evaluated hundreds of screenplays, treatments, and manuscripts, and particularly enjoys working with new writers.